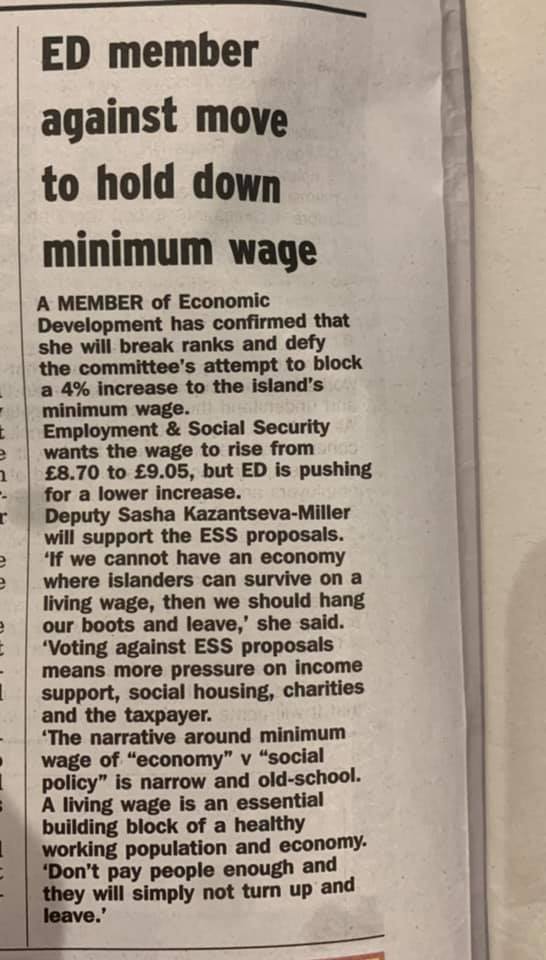 Recently I had dissented from supporting the view of the Committee for Economic Development that the minimum wage should not be increased in line with recommendations of a 4% raise proposed by the Committee for Employment and Social Security (CfESS).

I fully supported the CfESS proposals.

If we cannot have an economy where islanders can survive on a living wage, then we should hang our boots and leave. Voting against CfESS proposals would have meant more pressure on Income Support, social housing, charities and the taxpayer.

Guernsey GDP growth since 2008 has been driven by the acceleration of company profits at the back of Zero-10 while real wages remaining practically stagnant.

The narrative around minimum wage of “economy” v “social policy” is narrow and old-school. A living wage is an essential building block of a healthy working population and economy. Do not pay people to earn enough and they will simply not turn up to work and leave especially in times of labour shortages.

I am pleased to say that CfESS minimum wage proposals ended up being voted for nearly unanimously despite different rhetoric developed prior to the debate.